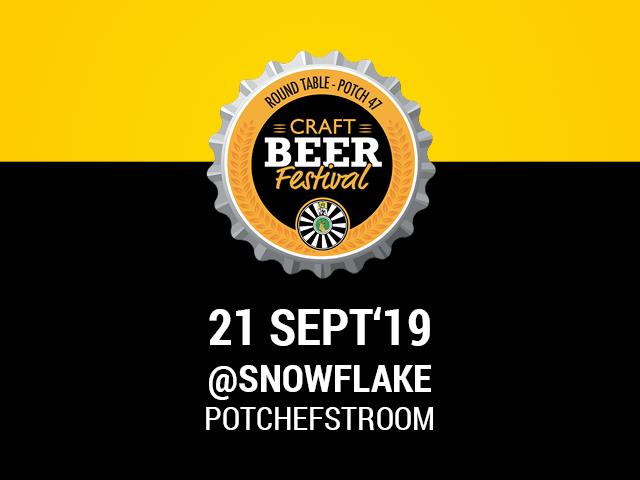 With ten craft breweries from around the nation, Jakkie Louw and Die Rowers performing live and The World Cup SA vs New Zealand game on big screen you are sure to have an outstanding day at the Craft Beer Festival in Potchefstroom on 21 September 2019.

Plus, OFM broadcasts live from the event from 1pm, courtesy of Team Daly. So come say ‘Hi’, meet the team and stand a chance to win a prize!

The Craft Beer Festival is Round Table Potchefstroom’s largest annual fundraiser. Currently in its sixth year in this format the festival has become a staple event for the Potchefstroom community.

The festival funds most of the community projects that the Table is involved in, such as the Bus service for the elderly, various feeding scheme, Winter Knights campaign or the Wish Week.

It also enables the Table to donate to various organisations within the community such as the Hope Again Receiver Centre and the Shoe Foundation.

So not only will you have a fantastic day out watching rugby, listening to live music and sampling some of the best craft beers and gins from around our country, you can rest assured your money is going towards helping those who need it most in the Potchefstroom as well as North West community.

Food Stalls, a kids play area and ten different craft breweries are just some if the things you can enjoy at this year’s festival. There’s also an ATM on site. And don't worry, doors will stay open from 10 am until late.