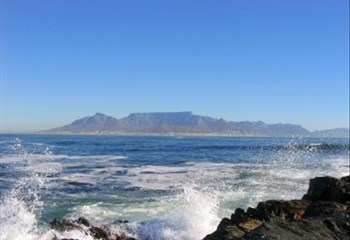 PHOTO: eNCA
Rescue officials have found two of the nine crew members who went missing after their inflatable boat capsized in Cape Town.

“At this stage, it is suspected that a boat may have capsized in the early hours of the morning with at least 11 men on board. Some of the men have come ashore, we suspect at this stage that they may be at least nine people missing,” said National Sea Rescue Institute spokesperson Craig Lambinon.

Lambinon said a shoreline patrol and a sea search is being conducted for the suspected missing men.

The cause of the incident is still unclear, but the missing men are believed to be fishermen.

#Coronavirus: FS students ready to be with their families

How #Coronavirus lockdown differs across the world

#Coronavirus: Ramaphosa to see off citizens after their quarantine