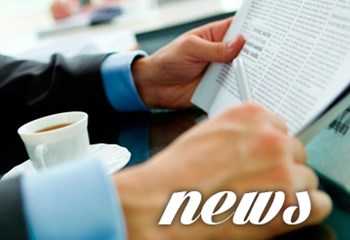 Yesterday saw the unveiling of the new Madiba sculpture on Naval Hill - with that, HUISTOE went on a search for some of the biggest statues in the world. Here is the Madiba statue before its unveiling yesterday.

Here are some of these amazing structures.

The Motherland is a statue in Mamayev Kurgan in Volgograd, Russia, commemorating the Battle of Stalingrad. It was designed by sculptor Yevgeny Vuchetich and structural engineer Nikolai Nikitin. Declared the largest statue in the world in 1967, it is the last non-religious statue to be declared the largest; every record holder since has been a Buddhism-related sculpture. Measuring 87 metres from the tip of its sword to the top of the plinth. The figure itself measures 52 metres, and the sword 33 metres. Two hundred steps, symbolizing the 200 days of the Battle of Stalingrad, lead from the bottom of the hill to the monument.

Measuring 108 meters in length, the Guanyin Statue, in China's Hainan province, is the second tallest statue in the world. It took six years to complete, and it was enshrined in 2005, with the participation of 108 eminent monks.  The statue has 3 facades, one is facing mainland China, while the other two face the South China Sea, representing the goddess' blessing on China and the entire world.

It is located in the village of Khatakan Taung, Myanmar. According to Myamarese authorities this is actually the tallest statue on Earth, but its official size, 116 meters, only makes it a runner up.  Construction of the Lakyun Setkyar statue began in 1996 and the completion ceremony took place on February 21st, 2008. It is now gaining popularity as one of Myanmar's greatest tourist attractions.

The statue of Peter I, in Moscow, Russia has a very strange history behind it. Legend says it was designed by Zurab Tsereteli, a Georgian architect, as a representation of Christopher Columbus, but after being rejected by the US Government, it was sold to Russia as a representation of Peter the Great.  It is 96 meters tall and it has often earned the title of one of the ugliest statues in the world.

This 100-meters-high statue lies in the city of Sendai, Japan, next to a 12-story hotel that looks like a small house in comparison. Sendai Daikanon was built in the 1980s by a local businessman, for tax purposes.  This huge representation of boddhisatva Kannon has an elevator that takes tourists to the top, where they can enjoy some truly spectacular sights. If you're in top physical condition, you can take the stairs on your way down, and admire the endless small Buddha statues that adorn the hallway.

Statue of Huang and Yang

Located in Zhengzhou, capital of Henan province, China, the statue of Huang Di and Yan Di is 106 meters tall. Completed in 2007, it is considered, by many experts, a monument that commemorates Chinese politics and economy.
Hunag Di and Yan Di are two legendary kings regarded as the earliest ancestors of the Chinese people.