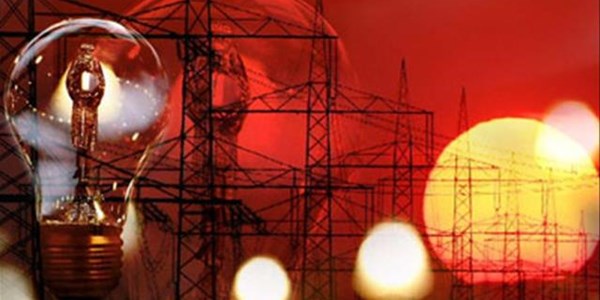 Dark times persist for many Vaal residents as the Emfuleni Local Municipality (ELM) battles to keep the lights on.

Old infrastructure, cable theft, and burnt transformers are among the long list of issues that Emfuleni attributes as the causes of the power cuts that are continuously affecting the area.

On March 30, Peacehaven residents took to the streets to express their frustration with the constant power outages after a substation allegedly “blew up” – allegedly due to receiving no maintenance since 1937.

The protest saw Emfuleni mayor Gift Moerane paying the area a visit on April 8, to promise and assure residents of power restoration.

“Following a site inspection held on Thursday 1 April, the municipality has secured two service providers to restore the substation and replace damaged cables,” said Moerane, according to an article published on the municipality’s website.

“The restoration of electricity in the area remains top of the list for the municipality and as executive mayor, I am willing to go to extreme lengths to ensure that this matter is resolved with the urgency it deserves,” Moerane added.

Peacehaven resident Michelle Peterson says power was only restored on Sunday, April 25. She says they were told that “it’s only a temporary solution as the main problem would take six more weeks to repair”.

According to another resident, who asked to remain anonymous, they are going into week four without electricity in their area, Tshirela.

The resident says community members marched to Emfuleni offices located in Vanderbijlpark in the previous weeks, but on their arrival the gates were quickly closed and they did not receive any attention from staff.

“This thing of not having electricity is happening every year [especially] when we approach winter. Our community believes that the municipality is cutting off the lights intentionally.”

Klippies Kritzinger, CEO of the Golden Triangle Chamber of Commerce, says the power outages are a result of the municipality’s incompetence, misuse of funds and failure to pay Eskom.

“Emfuleni municipality owes Eskom R3.5 billion and is not honouring the current account,” he said. “In the previous financial year, Emfuleni used only 3% of all the grants given to them by National Treasury, and that is a huge problem.”

In its approved 2020/21 Special Adjustments Budget, the electricity revenue budget stands at over R2.6 billion, according to its budget report.

Kritzinger claims the root of the problem is mismanagement and the incompetence of the municipal leaders, who did not even use the grants available to uplift the community. He adds that the lack of maintenance has subjected the Vaal community to at least 25 years of poor service delivery.

In its response to Moneyweb’s questions, Emfuleni says that although the outages are primarily a result of old infrastructure, residents are also to be held accountable for the municipality’s financial crisis due to not paying their rates and taxes.

“Community [members] are not paying for services they receive and [because that is] our primary source of income, we don’t have enough money to do big projects.”

“Municipality receives grants [from government] not for replacing old infrastructure but mainly to expand new infrastructure projects, which is not enough. We have citizens that don’t pay so most of the money ends up covering for daily services instead of being used for its exact purpose,” it says.

Emfuleni did not reveal the exact amount it receives, but claims that the amount needed to build new infrastructure adds up to “billions of rands”.

Kritzinger challenges this view, saying that shifting the blame on residents who are not paying for services only tells half the story.

“Their dysfunctional billing system is an issue,” he says. “No maintenance on infrastructure over years, incomplete indigent register, lack of skilled staff and no support such as tools or store item availability. Too much work is done by external contractors due to incompetent staff.”

Amid the darkness, there still seems to be some ‘light’ at the end of the tunnel for the Vaal community. Kritzinger confirms that the Golden Triangle Chamber of Commerce continues to engage with Emfuleni on sustainable solutions to restore power.

“Concerning the reliability of the power, we are working closely with Emfuleni to see where we can upgrade certain substations. We are also trying to get our own private funding to work with the municipality.”