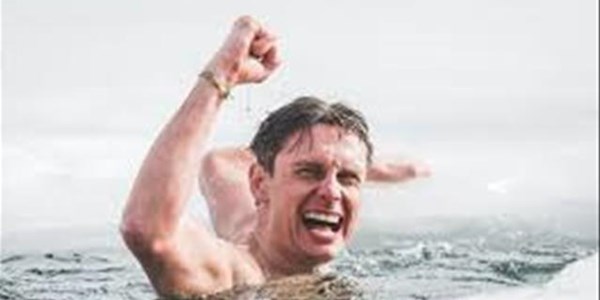 A Czech freediver broke a Guinness World Record when he swam for a distance of 265 feet under the ice of a frozen lake.

David Vencl held his breath for 1 minute, 35 seconds while swimming under the ice at a lake in Lahost.

Vencl, who was not allowed to wear fins or a diving suit because of Guinness rules, swam a total distance of 265 feet. He beat the current record of 250 feet, which was set by Danish swimmer Stig Avall Severinsen in 2013.

Vencl's support team had to verify that the ice on the lake was at least 11.8 inches thick, another Guinness requirement.

The swimmer said evidence from his swim is now being submitted to the record-keeping organization for official verification.