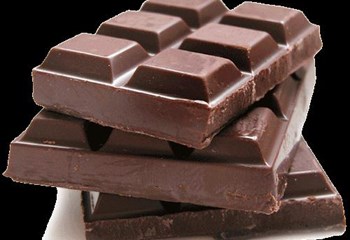 Bad news for chocolate lovers across the globe: Ebola is threatening much of the world’s chocolate supply.
According to a report by Politico Ivory Coast, the world’s largest producer of cacao has shut down its borders with Liberia and Guinea, putting a major crimp on the workforce needed to pick the beans that end up in chocolate bars and other treats just as the harvest season begins.
The West African nation of about 20 million — also known as Côte D’Ivoire — has yet to experience a single case of Ebola, but the outbreak already could raise prices.
The manufacturers have taken note of this.
According to the report the World Cocoa Foundation is collection large donations from companies such as Nestlé and many of its 113 other members for their Coca Industry Response to Ebola Initiative.
The WCF reportedly plans to announce details on Wednesday, during its annual meeting in Copenhagen, Denmark, on how the money will help the infected and contain Ebola’s spread.
Ivory Coast produces about 1.6 million metric tons of cacao beans per year — roughly 33 percent of the world’s total.
According to available data the normal trading range of cocoa futures jumped from between $2 000 to $2 700 per ton, to as high as $3 400 in September over concerns about the spread of Ebola.
Post by OFM News, in touch with your world.
Related Articles:

'Ebola virus neither in FS nor Lesotho’

Three DRC doctors arrested for murder of WHO medic