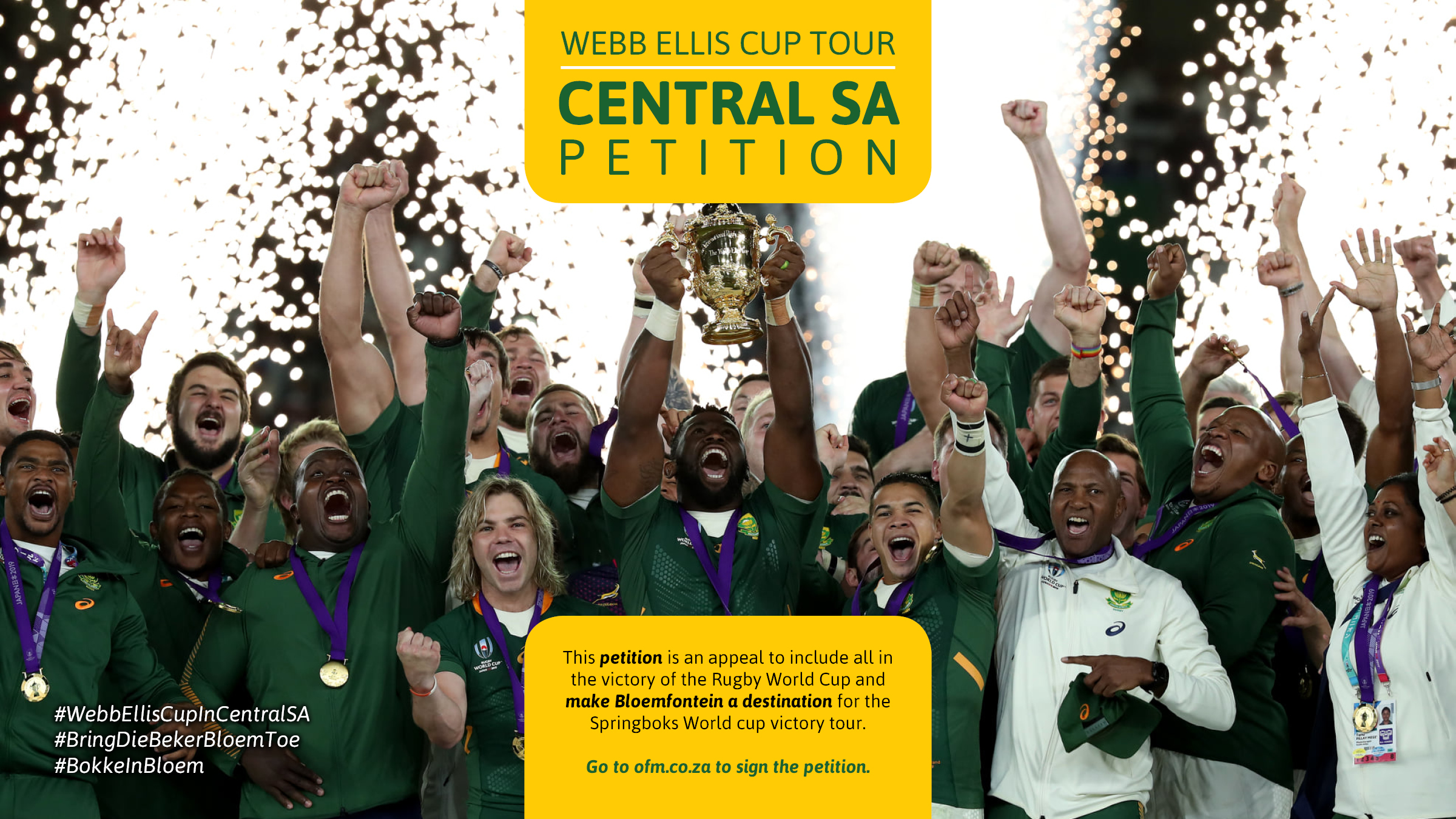 The Central region has stood steadfast behind the Springboks during their 2019 Rugby World Cup campaign. Now we want to welcome our heroes home. However, Bloemfontein has not been included on the victory tour dates that have been announced.

The Springboks will be taking the Webb Ellis Cup to the following cities:

Our national team has achieved tremendously and the people of Central South Africa deserve to meet the 2019 Rugby World Cup champions.

This petition is an appeal to include all in the victory of the Rugby World Cup and make Bloemfontein a destination for the Springboks World Cup victory tour.

Although no Cheetahs players were selected for the squad, the team has strong ties to the Free State.

The coach Rassie Erasmus and defence coach, Jacques Nienaber, are both former Cheetahs, while Jaco Peyper in a Free State referee.

The Springboks also held their training camp in Bloemfontein before heading to Japan.