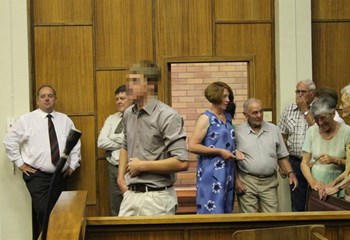 Lani Fouché
Kimberley - Proceedings in the Griekwastad murder trial were delayed in the Northern Cape High Court today when the state and the defense requested that the media be ordered to leave the courtroom when evidence pertaining to Marthella Steenkamp's autopsy report was being heard.
State prosecutor Hannes Cloete told reporters that this was to honour the dignity of the remaining family members.
Journalists are however opposing the request, saying they have thus far reported in a responsible manner.
A decision on the media’s presence during the testimonies of two doctors will be made later by Judge Frans Kgomo.
In the meantime, Paul Botha, a farmer neighbouring the Steenkamps, will continue his testimony.
A 17-year-old boy is accused of murdering Deon, Christel and Marthella Steenkamp on their farm Naauwhoek in April last year.

About the Writer:
LANI FOUCHÉ


Lani Fouché is a young, dynamic reporter at Central Media – and an eager student of life. She completed her Honours degree in Journalism at the University of the Free State, and will be completing her Masters degree by the end of 2013. She grew up in Bloemfontein. Her passion for news stretches wide. Her active interest in actualities stretches from hard, complicated news stories, to human features and feel-good news. Life teaches her the most valuable lessons. She lives by Albert Einstein’s words: “The only source of knowledge is experience.”