Man who shot wife, thinking she was a burglar, gets suspended sentence 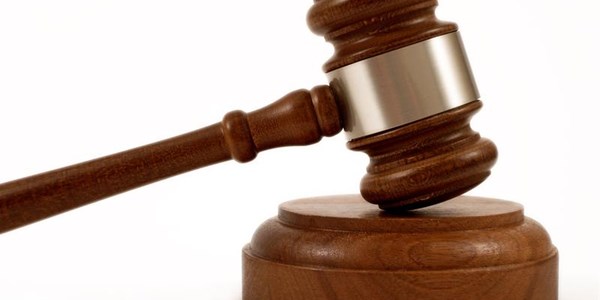 Durban - A KwaZulu-Natal man will have sympathy for the plight of Oscar Pistorius, who is expected to take the witness stand soon to explain his allegedly “mistaken” shooting of his girlfriend Reeva Steenkamp on Valentine’s Day last year.
Siyabonga Mdunge, 37, of Hilton, who describes himself as a businessperson and preacher, was also charged with murder after shooting and killing his wife, Thobile Emily Mdunge, three years ago in the mistaken belief that she was a burglar.
His legal team negotiated a plea bargain with the State last year - just days after Steenkamp was shot by Pistorius in Gauteng - and Mdunge was given a wholly suspended sentence of eight years' imprisonment on condition that he is not again convicted of murder or assault during the five-year period of suspension.
Thobile Mdunge was shot during the early hours of 13 April 2011, as she emerged from the bathroom. She was reportedly pregnant at the time.
Mdunge rushed her to hospital immediately after the shooting, but doctors couldn’t save her life.
There are striking similarities, and important differences between the Pistorius and Mdunge incidents, according to legal sources.
On 21 February last year - just days after Pistorius was arrested - the prosecution in Mdunge’s case accepted a plea of guilty to the lesser charge of culpable homicide in connection with Thobile’s shooting, in terms of an agreement negotiated by his attorney, Deshika Naidu, and advocate Ranjiv Nirghin.
Culpable homicide is the reckless, rather than intentional, killing of a person.
The plea agreement was given the green light by Thobile’s family representative, Thoko Flora Shelembe.
In a statement attached to the court papers, Shelembe said she was given an opportunity to state her view regarding Mdunge’s plea and the sentence, which she regarded as “satisfactory”.
In his plea, Mdunge said he and Thobile were asleep at their home when he was woken at about 00:00 on 13 April 2011 “by a strange noise like a window opening”.
He thought that a burglar was trying to get into the house.
“The accused was fearful of his life and grabbed the gun that he keeps in his bedside pedestal drawer at night for protection from unwanted intruders in his home.
“The accused then made his way to the entrance door of the room and could hear the noise coming from the bathroom.
“The accused then slowly made his way to the bathroom door to investigate the noise, thinking that the burglar was hiding in the bathroom.
“As the accused reached the bathroom door, the bathroom door suddenly slid open and the accused, afraid for his life, panicked at being startled by the door suddenly opening and he fired a shot from his gun at the person who opened the door.
“After the accused had discharged the shot he realised that it was his wife that he had shot, thinking she was a burglar, it was said in Mdunge’s plea statement.
It added that Mdunge “immediately” rushed Thobile to Mediclinic Hospital, where doctors tried to save her life, but she later died.

When police got there at about 01:50, Mdunge explained to them what had happened and handed over his firearm to them.

A legal source said two important differences between Mdunge’s case and that of Pistorius, which could influence the court, are the testimony by State witnesses that they heard a woman screaming during the shooting, and the fact that Pistorius had fired four shots through the closed bathroom door without ascertaining who or what was on the other side.
Mdunge fired only one shot out of fright as the door was opening.
On the other hand, both men had failed to check whether their partners were still in bed when they took out their guns, and both walked towards the room where they anticipated danger was lurking.