There is some good news for South African cane growers who were brought to their knees by violent riots in Kwazulu-Natal and Gauteng in July 2021.

On Tuesday the Minister of Trade and Industry, Ebrahim Patel, announced that government, via the National Empowerment Fund (NEF) and the Industrial Development Corporation (IDC), has approved applications amounting to R1.5 billion in relief for businesses that were ravaged by the July riots. The country’s cane growers are amongst those receiving this relief. Chairperson of the South African Canegrowers Association, Andrew Russell, confirms they will be receiving R85 million from the IDC.

Russell explains that the cane that had been burned when the looting and vandalism took place, deteriorated as mills continued to remain closed in July. The cane deteriorated to such an extent that it was no longer “millable” and many cane growers were turned away by mills due to the poor quality of the cane at that stage. It was estimated that R84 million was lost as a result of the riots, by an industry that was already battling the effects of drought, imports of low-value sugar into the country and the introduction of the health promotion levy a.k.a. the sugar tax in the last few years.

Russell says they will be disbursing the funds from the IDC via the existing Umthombo Retention Savings Account. The roughly 192 cane growers that are said to have been affected will need to present the rejection letters some of them received from the sugar mills following the riots. The funds will also be disbursed according to how much they need to re-establish their crops. Russell explains that the first R1 million is a grant and anything above that becomes a low-interest loan.

#OFMBusinessHour - Can you lose your job for not strictly following Covid-19 regulations? 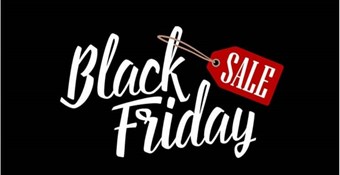