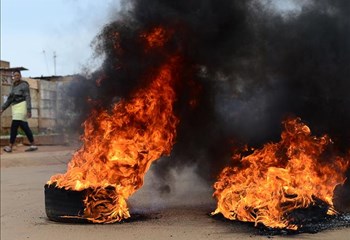 Photo: File Image
Unrest has broken out in the Free State town of Parys.

The Tumahole community members in Parys have taken to the streets to express their concerns over lack of service delivery. According to information received by OFM News, community members are protesting over the lack of housing and other service delivery issues. They allege the municipality has, for years, failed to allocate them proper sites nor built them RDPs. Residents have blocked routes leading to the town with stones and burning tyres. The protest in former premier Ace Magashule's home town comes just days after residents voiced their concerns regarding continuous lack of water and electricity supply, during the DA's campaign trail on Saturday.

The town of Parys together with Denville, Heilbron, Koppies, and Vredefort fall under the financially-troubled Ngwathe Local Municipality. This municipality is one of the Free State municipalities currently highly indebted to Eskom. It owes the power utility nearly R 1 billion.