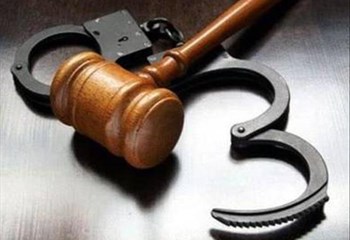 Despite the arrests of 18 suspected looters in Jouberton near Klerksdorp in North West, the protests in Jouberton is still ongoing with residents burning tyres and blockading the roads with rocks on Tuesday afternoon.

Irate protestors are on the rampage over what they a call lack of service delivery that has since escalated to the local supermarkets being ransacked by protesters a while ago. The police spokesperson, Adele Myburgh, says the looting on Monday afternoon resulted in the arrests of at least 18 people aged between 17 and 37 years old. They will appear at the Klerksdorp Magistrate’s Court on Wednesday on a charge of Public Violence. She says during the protest, scores of residents, including young people, barricaded roads and looted foreign-owned tuck-shops in Jouberton and Alabama. OFM News previously reported that a group calling itself “Forum for Service Delivery” urged residents to embark on a total shutdown of the area, but the genuine Forum 4 Service Delivery, with the correct spelling, has denied any knowledge of the message.

Myburgh says the police are still maintaining their presence in the area where some of the roads are still barricaded. She says the Commissioner, Baile Motswenyane, has cautioned that the police will not tolerate lawlessness, including the destruction of property, as well as looting. She also urged members of the community to raise their dissatisfaction in a lawful manner and to work together with the police in exposing criminal elements that are posing as protesters.