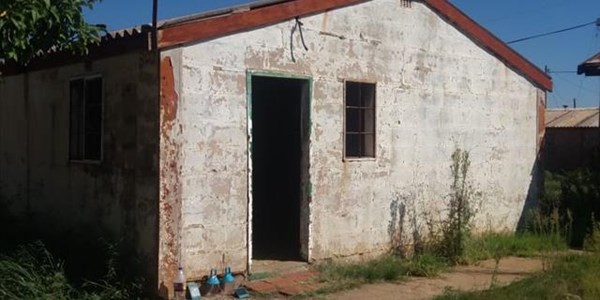 Winnie Madikizela-Mandela’s Brandfort house will once again come in the spotlight this month as Arts and Culture Minister, Nathi Mthethwa, will on Wednesday formally introduce a new contractor to carry out the renovations at the house.

The house, earmarked to be a museum, was where Madikizela-Mandela was banished to by the apartheid regime.

It drew much controversy following her death last year in April and at the beginning of this month when the world commemorated a year since her passing.

The ANC in the Free State had announced that refurbishments would be complete by the end of 2019 but questions as to whether it will reach completion by end of the year are still mounting as it was scheduled for completion in 2015 but never took off.

The initial announcement that the house would become a museum was made in 2005.

Many have accused the former premier and now ANC secretary-general, Ace Magashule, of corruption and stealing money that was meant for the project.

The then Free State ANC interim coordinator, William Bulwane, who is now the deputy chair, has since refuted allegations that funds earmarked for the project were embezzled.

He said R3 million was initially allocated for the project and R204 000 was spent on the designs, with R2.7 million redirected to renovate the Wesleyan Church, where the ANC was established, ahead of the centenary celebrations in 2012.

Bulwane said some of the money for the project was also used to build the Plaatjie family another house and furnish it after they were told they could no longer live in Mandela’s old house.

The ongoing delays in the project were also blamed on the Independent Development Trust (IDT). Mthethwa is on Wednesday expected to outline how the R4 million now allocated for the project will be used, and whether the completion date will still be the end of 2019.

“The Project Plan, among others, include the restoration of the dwelling house and bombed clinic, and converting them to interpretative spaces; and the construction of a multi-purpose centre with Wi-Fi facilities as well as parking spaces,” said the department’s spokesperson, Asanda Magaqa.

Indications are that the department has entered into an agreement with the Risimati Consulting Engineers to see that the project materialise.

The department has thus far placed 24-hour security at the house and built a fence around it until such time as renovations can recommence.