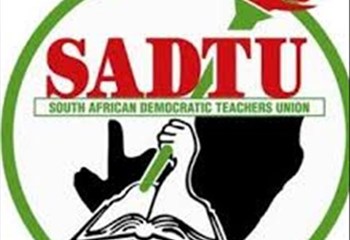 The South African Democratic Teachers Unions (Sadtu) has criticised the North West Department of Education for allegedly being slow in implementing resolutions on safety in schools.

The criticism follows the death of a 15-year-old boy who was stabbed to death by another 15-year-old in Mooinooi on Monday. Speaking to OFM News, the union's provincial chairperson, Mxolisi Bomvana, says such incidents which include the stabbing of pupils at most times is due to the failure by the department to act on its promises.

He previously said that the union believes that the rife violence in schools is as a result of the violence seen on a day-to-day basis in the different communities across the country. Bomvana says following the 2018 summit of safety in schools, the department is yet to act and implement policies taken in that summit. The department is yet to comment.

Police spokesperson, Adele Myburgh, previously told OFM News a 15-year-old is being assessed by social workers after his parents handed him over to the police this morning after learning of the murder incident.

She said the police in Mooinooi near Brits are investigating the murder of a 15-year-old who was allegedly stabbed by another 15-year-old learner on Monday, 10 June 2019.

Myburg said it is alleged that the deceased, Fellies Sithembile, was on his way home from school when the suspect, who is a learner at another school, stabbed him with a knife.

Myburgh says according to information available at this stage, the victim was then taken to a local clinic by a passer-by, but he succumbed to his injuries. “The suspect, who fled the scene after the incident, was handed to the police at approximately 08:30 today, 11 June 2019, by his parents. He will be processed in terms of the Child Justice Act, 2008 (Act No. 75 of 2008).” She says in the light of police involvement in school safety in 2018, the incident left the police baffled.