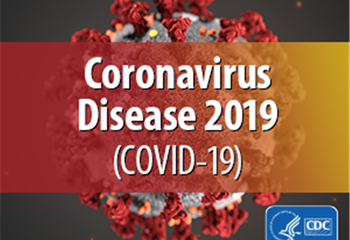 The wife of 86 year old Pastor, John Hlangeni, who died from the Novel Coronavirus in Bloemfontein, is said to be in a stable condition in hospital.

Free State Health spokesperson, Mondli Mvambi, says the department is behind the family and is giving them all the necessary support they need.

He adds that the deceased and his wife were part of the Global Reconciliation Church, whose pastor Mohau Rammile also tested positive for Covid-19 after attending a church gathering at Devine Restoration Ministries.

Mvabi further adds that the department cannot at this stage reveal whether the hospitalised woman tested positive for the virus or not, but her results will be announced in accordance with proper procedure.

Hlangeni, who passed away on Monday morning, is the first person to succumb to the virus in the province - where 74 people have been infected by the virus. Mvambi adds that the deceased unfortunately had underlying health problems.

"The 85 year old Mr. Hlangeni succumbed to death whilst being treated at our health facility. As it is, it has been explained before that the effects of Covid19 are more severe in older persons and also to those having other underlying problems, " he adds.

"We appreciate the space that the family afforded us; to be able to seek their permission to respond in full to the circumstances under which their next of kin passed on, " Mvambi says.

Meanwhile, the the MEC for Health in the province,  Montseng Tsiu, has sent her condolences to the Hlangeni family, relatives, and the Global Reconciliation Church where  Hlangeni served.

"We wish his loved ones strength and courage during these trying times” said Tsiu.

"The funeral arrangements will be announced at the pleasure of the family. The Provincial Government will also announce the regulations to be followed as per Covid19 rules and procedures, " Tsiu adds.