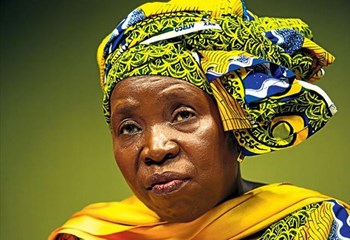 The North Gauteng High Court order, which declared lockdown level 4 and 3 regulations invalid and unconstitutional, will be challenged in court on Wednesday by Minister of Cooperative Governance and Traditional Affairs, Nkosazana Dlamini-Zuma.

This as the 14-days grace period granted to the South African government to appeal the judgment expired on Tuesday 23 June.

OFM News caught up with North West University professor in the Faculty of Law, Elmie du Plessis, who explains that Dlamini-Zuma in her appeal will be expected to reply to fundamental questions relating to the infringement of rights, amongst others.

Following fierce criticism about the lack of clarity and reasoning behind certain regulations by the government, Du Plessis says she thinks that it is important for government to provide information on which they based their decisions.

The Liberty Fighters Network’s Reyno de Beer recently dragged government to court in protest against the constitutionality of the National Disaster Management Act which the court did not find to be unconstitutional. The court instead declared invalid the regulations promulgated by the minister.

Du Plessis says so far the level 5 and 3 lockdown regulations were not affected by the judgment.

She says the court did not comment on the regulations of level 3 because it was not allowed to do so as the matter was not in front of the court and it did not declare them invalid.

Du Plessis further added that only level 4 regulations were presented to the court.

She echoed many calls made by irate citizens that government is not communicating enough on the rationality of its decisions.

"Since there is an appeal to this case, the findings of the regional court is suspended, so it is not applicable and she doesn't have to do anything while the appeal is being heard in court because it can be overturned.

"The judge tried to do something but it's from the legal perspective, so it's a little bit problematic because it's not a specific regulation that was declared invalid but all the regulations and the court is not actually allowed to do so and on that point of appeal another court might say that it was not a valid order to make," Du Plessis concludes.