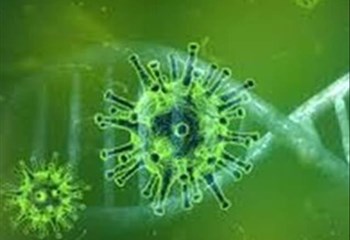 Several primary schools and government buildings have been temporarily closed down due to positive coronavirus cases.

OFM News has confirmed that four schools did not open their doors this morning and are set to undergo decontamination this week. Free State Education Spokesperson, Howard Ndaba, says the schools in question are St Mary’s, Calculus, Legae and Bloemfontein Primary School in Bayswater. He elaborates on the cases including the one at the provincial government headquarters known as the Fidel Castro Building.

At Legae and St Mary’s Primary Schools, located in Batho and Bochabela township respectively, teachers tested positive, while at Calculus it was a learner that was found to be positive. “We have also temporarily closed the Fidel Castro building, because on Friday one of our senior officials tested positive,” says Ndaba. The entire building has been closed, and will be reopened following decontamination.

In addition to the Fidel Castro Building, the Provincial Department of Police, Roads and Transport has also suspended services at the Lengau Driving Licensing Testing Centre in the city. The latter is the biggest licensing and testing centre in the province.

Ndaba confirms the Motheo District offices have also been closed after one of the Education Department’s employees tested positive for COVID-19 on Saturday. Ndaba is unable to indicate how long the schools and education department buildings will be closed down for, indicating they are merely following the provincial health department’s guidelines on the matter.

Meanwhile, Health Department spokesperson, Mondli Mvambi, has declined to comment on the above-mentioned closures, telling OFM News “those buildings don’t report to the Department of Health when they decide to close. It’s their management’s prerogative to do so”.

According to the National Health Department, the province has 914 active cases, the bulk of which are in Mangaung, as well as nine deaths.