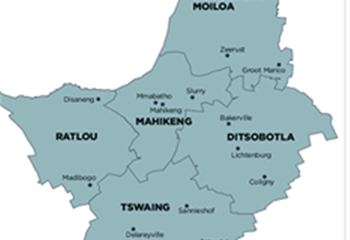 Residents in the Ditsobotla Local Municipality, which include Lichtenburg near Boikhutsong, are alleged to have illegally invaded municipal land.

This North West municipality says residents have illegally occupied a portion of Lovedale, which lies between Boikhutso and Shukran in that area. The municipal spokesperson, Pius Batsile, says this came as a shock to the municipality as it has neither authorised nor approved the on-going land occupation by the said residents in that area. Batsile has further warned that the occupation of this land is illegal and do not conform to the standard procedure and protocol of the municipality to award land for residential purposes, amongst others. OFM News previously reported that premier Job Mokgoro raised a concern with the plight and condition of an informal settlement in Boikhutsong, which he described as dire.

He also mentioned the flow of sewage over a period of time in the area are amongst other service delivery issues facing residents. He added that he since instructed the local mayor of Ditsobotla and Ngaka Modiri Molema District Municipality, which include Mahikeng, to attend to these service delivery issues.

Meanwhile, Batsile adds that "the municipality wishes to advise residents of Boikhutso and the surrounding areas, that the land which is alleged to be a new settlement, is in essence, an illegal settlement. The municipality has further distanced itself from said illegal occupation of the land outside its established protocols. The municipality further calls on the residents of Boikhutso and surrounding areas to reject the misleading information instigating occupation of land illegally. Open and public processes are followed by the municipality as and when disposing of land for any use," Batsile further adds.

Batsile does not indicate whether the municipality has taken action against the land invasion in that area.