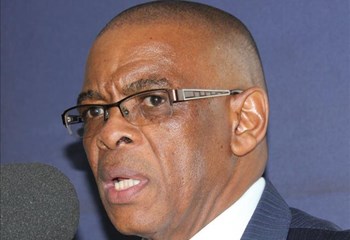 Cope spokesperson, Dennis Bloem, says Magashule was not alone "when the alleged grand scale looting (which includes) the controversial Estina Dairy Farm Project and the multimillion-rand Asbestos Project was made".

This follows comments allegedly made by the former premier on former President Jacob Zuma's tenure - which has been widely criticised following allegations of state capture.

In an interview with Newz Room Afrika, Magashule is alleged to have said that the former president was not alone when all decisions were made in Cabinet.

Bloem further says by making such comments Magashule agrees with them that he was not alone and all former Free State MECs must approach the Zondo Commission of Inquiry into state capture.

"We are surprised that all these former MECs are quiet and not telling the people of the Free State why the province is bankrupt.

Former Agriculture MEC Mosebenzi Zwane is among those linked to the alleged looting of the dairy funds in the province. He has since on several occasions rubbished the claims that he and Magashule looted millions directed toward the project.

So far two people have been charged with fraud, corruption and money laundering following an investigation by the Hawks, which involves the controversial R244 million Vrede dairy project.

Those were arrested by the Hawks include former Free State Agriculture Chief Financial Officer Seipati Sylvia Dlamini and Malikomo Mohapi.

The two have since been granted R10 000 bail each and the case has been postponed to 10 September 2020 for a High Court date.

Calls mount for government to account for Zimbabwe trip

#Estina case back in court