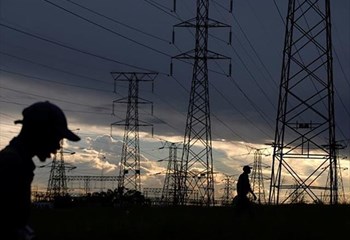 PHOTO: Al Jazeera
The Matjhabeng Local Municipality in the Free State is threatening Eskom with legal action. This, after the power utility attached the municipality's bank accounts in efforts to recoup over R3.4 billion owed by the municipality.

Whilst the power supplier in a statement said they resolved to take this step due to the municipality's non-payment and repeated failure to adhere to its payment agreements, the municipality refutes this.

Municipal spokesperson, Kgojane Matutle, says they will approach the High Court on an urgent basis, should Eskom fail to withdraw what they view as an unlawful attachment of its account by the end of business, today.

"The contention by Eskom that the Municipality has not paid any amount whatsoever or is indebted to it at all, is wholesomely wrong and is vehemently disputed by the Municipality. In fact, this was expressly disputed in the Municipality's Plea filed on 2 July 2020, case number 5830/2019 in the Free State High Court," says Matutle.

He says the municipality has made various payments to the power supplier and "had Eskom correctly allocated payments made by Matjhabeng Local Municipality, there should not have been any amount reflected in Eskom's books as outstanding in respect of the Order".

According to the municipality, Eskom is not acting in good faith as it has suddenly acted "out of the blue and without any forewarning".