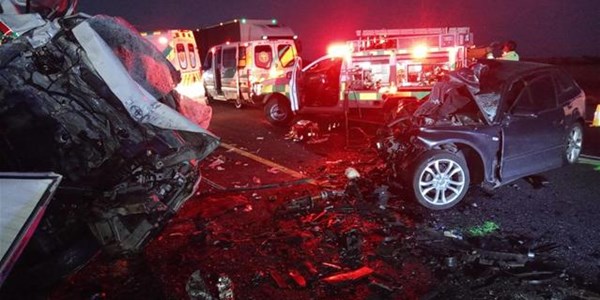 A collision on the N1 between Winburg and Verkeerdevlei in the Free State has claimed the lives of four people.

The accident, which happened during the early hours of this morning between a taxi and light motor vehicle, left five more people critically injured with one airlifted.

The four that lost their lives were declared dead on the scene and jaws of life had to be used to extricate them from the wreckage.

All the survivors are meanwhile receiving medical care at the Pelonomi Hospital in Bloemfontein and the Winburg Provincial Hospital.

The cause of the accident is not yet known.