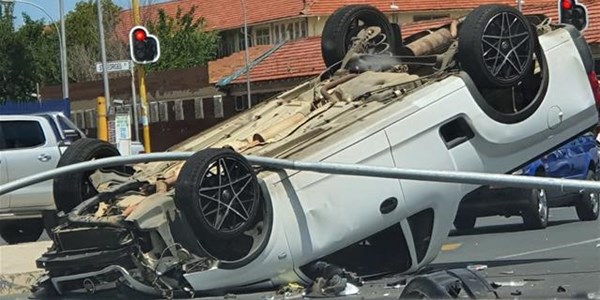 Four people have died in a car crash on the notorious N8 road in the Free State.

He says the deceased were declared dead on the scene while the critically injured was taken to Rosepark Hospital. The cause of the accident remains unknown and investigations continue.

Two more fatal crashes were reported at two intersections in Bloemfontein on Sunday. One, at OR Tambo Road where one person was killed and seven more injured - while another accident was reported at the corner of Markgraaff and St George's Street where a bakkie overturned.

OFM News’ Cathy Dlodlo reported from the scene that authorities had not yet arrived yet when the accident happened at noon. The exact cause of the three accidents are not yet known.

OFM News yesterday reported on another fatal collision involving a taxi and light motor vehicle on the N1 between Winburg and Verkeerdevlei in the Free State, which claimed the lives of four people. The accident, which happened during the early hours of Saturday, left five more people critically injured with one airlifted.