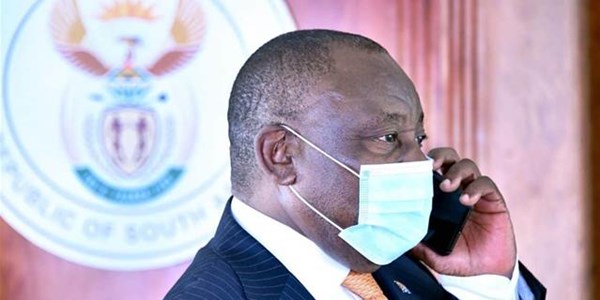 President Cyril Ramaphosa confirms he is aware of corruption allegations levelled against some of his Cabinet members following the Free State asbestos arrests.

He, in a parliamentary reply to the African Transformation Movement (ATM), said no findings have been made by the State Capture Commission where one of the Free State's asbestos deal beneficiaries, Edwin Sodi, testified.

Sodi, during his testimony over the R255 million worth asbestos contract, confirmed to have made several donations to the ruling party and a few of its members. He said these included the likes of Minister Zweli Mkhize and Thulas Nxesi, amongst many others.

Ramaphosa responded to the ATM's questions as to whether he intends on taking any action against the executive members in accordance with the Executive Members’ Ethics Act, and said no findings have so far been made and that he will apply his mind to any action that needs to be taken once findings and recommendations have been made.

Implicated Ministers have since distanced themselves from the asbestos corruption allegations stating that they have not benefitted anything from Sodi’s dealings, neither has Sodi’s company received any gratification in the form of contracts from their departments for any donations he confirmed to have made to the ANC.

Ramaphosa’s written reply to the ATM comes less than a week before Sodi and his six co-accused, which include the former Free State Human Settlements HOD Nthimotse Mokhesi, former Free State MEC Olly Mlamleli, and former national Director-General Thabane Zulu, are due to re-appear in court.

The seven suspects face charges of fraud, corruption and money laundering. They appeared in the Bloemfontein Magistrate’s Court last month where they were granted bail ranging between R50 000 and R500 000, and their case was postponed to November 11 when it is expected to be transferred to the Free State High Court for trial.