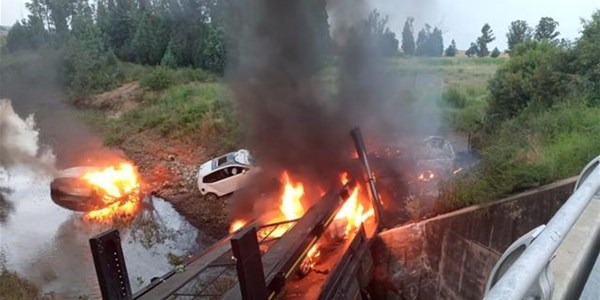 One person died and was burnt beyond recognition on Tuesday morning in an accident on the N1 approximately 45 kilometres south of Bloemfontein in the Free State, in which a truck and several transported vehicles caught fire.

The provincial Emergency Medical Services (EMS) spokesperson, Sipho Towa, tells OFM News it appears the truck driver lost control and left the road, after which the truck, transporting several cars, caught fire. He says apart from the death of one person, another person suffered minor injuries. The patient was transferred to the Pelonomi Hospital's Trauma Unit in Bloemfontein for medical attention.

Towa says the road is open to allow traffic to move past but it will be closed within an hour to recover the truck and several burning vehicles. “Road users are advised to use the alternative route, the N6 Reddersburg/Edenburg, back to the N1,” Towa further adds.