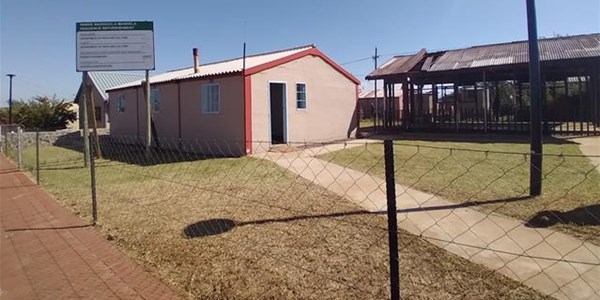 The restoration processes to turn Winnie Madikizela-Mandela's Brandfort house into a museum will soon be completed.

This, coupled with the erection of the struggle stalwart's statue at the premises in the Free State town. According to the Minister of Arts and Culture, Nathi Mthethwa, the process is almost complete.

Mthethwa, alongside Premier Sisi Ntombela, conducted an oversight inspection at the house on Wednesday. He told members of the media that he is pleased that the construction of a sports ground opposite the house is also underway.

The sports ground, which has created job opportunities for locals, is confirmed to be to completed to the tune of R3 million. Plans of turning the house into a museum were announced in 2005 and has since drawn controversy.

Residents in the area in the past years made allegations that the site was a hub of criminal activity, with many accusing former premier and now ANC Secretary-General, Ace Magashule, of embezzling funds earmarked for it.

However, in 2019, Mthethwa refuted allegations that funds for this project were looted. He said the refurbishments at the house were part of the department's plan to preserve all heritage sites, to enrich the country's history, and to honour the legacy of struggle stalwarts such as Madikizela-Mandela.

Free State MEC for Arts and Culture, Limakatso Mahasa, who was also alongside Mthethwa on Wednesday announced last week that there are plans to rename the entire town of Brandfort after Madikizela-Mandela.