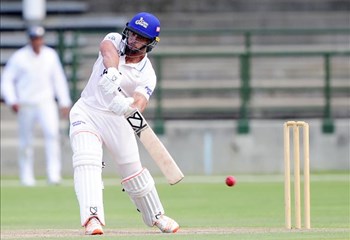 The Central franchise was dealt a big blow with the departure of the star batsman, Keegan Petersen, and the young and tall left-arm quick, Marco Jansen.

Petersen, who was the Player of the Year last season at the Knights will be heading to Durban where he will be joining the Dolphins. Jansen in his turn will be trading the Free State for the Eastern Cape where he will be playing for the Warriors.

Jansen will be replaced in the Knights squad by his twin brother, Duan, who is also a left-arm seamer. Duan is being bumped up from a provincial to a franchise contract.

The 29-year-old left-handed batsman, Jonathan Vandiar, who has Indian Premier League experience with the Royal Challengers Bangalore will be heading to the Knights from the Titans. After just over a 100 first-class games, Vandiar, has over 5500 runs to his name.

The next addition to the Knights line-up in the English-born all-rounder, Matthew Kleinveldt, who is also the cousin of the former Proteas seamer, Rory Kleinveldt. Kleinveldt has over 6000 runs to his record after 109 first-class games, and as a right-arm offbreak bowler has over a 100 wickets to his name.

The seamer, Migael Pretorius, joins from the 4-Day champions, the Lions. Pretorius has an impressive average in first-class cricket of 23.17, and has 104 wickets to his name after 30 matches. His is more than capable with the bat as well, and has three 50’s to his name with a highest score of 81*.

Ferisco Adams in an allrounder who joins from the Cape Cobras and he has also represented the Paarl Rocks in the Mzansi Super League.

Alfred Mothoa is a seamer who joins from the Titans, and has a very 141 first-class wickets to his name after 58 matches. His boasts with career-best figures of 7/115 in an innings, and he also recently played against the Knights in the Momentum One-Day Cup “quarter-final” at SuperSport Park.

Incoming Knights coach, Allan Donald, told OFM Sport that the departure of Petersen and Jansen is a definite blow, but his is excited about the new signings.

“We lost Marco Jansen and Keegan Petersen, and those were big players. Jansen is off to the Warriors and Petersen is going to the Dolphins.

“They are big loses for us and they did very, very well while they were here. I just want to wish them all of the best.

“It is an opportunity for other guys to stake a claim, and I think that there are exciting times lying ahead.”

Mpitsang appears to be convenor of selectors frontrunner