Nortje and Elgar shine on day one 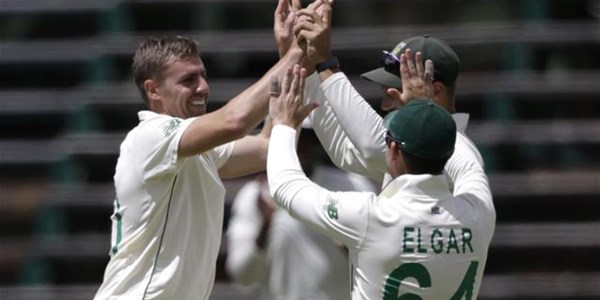 A career-best six-for by Anrich Nortje set the Proteas on their way to a dominant day one of the second Betway Test against Sri Lanka at Imperial Wanderers Stadium in Johannesburg on Sunday.

After winning the toss and batting, the tourists were dismantled for 157 as the fast bowler ran riot with six for 56 – beating his previous best return of five for 110 against England at the same venue last year.

Dean Elgar then lead the reply with an unbeaten 92 off 119 balls (16 fours) to help South Africa reach stumps on 148 for one, trailing by just nine and completing a one-sided day on the Highveld.

The hosts went into the game already 1-0 up in the two-match series following a clinical innings and 45-run victory in the opening Test last week.

And they made a much better start in that game by using just 40.3 overs to dismantle the Sri Lankans.

However, it was not so easy going initially as the islanders made a strong start by reaching 71 for one in the 21st over thanks to Kusal Perera’s attacking 60 (67 balls, 11 fours).

This after the home side bowled short in the initial part of the first session, but that changed once the highly impressive Wiaan Mulder (3/25) was introduced to the attack, with his triple strike before lunch completely altering the script.

The all-rounder was only asked to bowl in the 19th over, but took out Perera, Kusal Mendis (0) and Lahiru Thirimanne (17) within the space of 11 deliveries.

And when Minod Bhanuka (5), one of two debutants for the visitors, fell on the stroke of lunch, the Asian side were limping on 84 for five.

It was then over to Nortje after lunch as he wasted little time in running through the lower order. Only Wanindu de Silva (29) and Dushmantha Chameera (22) offered any resistance as the fast bowler completed his seventh first-class fiver-for.

South Africa lost Aiden Markram (5) to the other debut man Asitha Fernando (1/30) early in the reply, but that was as good as it got for Mickey Arthur’s charges.

Elgar, who was out for 95 in his only innings in the first Test, moved to within eight runs of three figures during a fine second-wicket partnership of 114 alongside Rassie van der Dussen – the former also going past 4 000 Test runs during his fluent innings.

After a slow start to his knock, the latter reached the close unbeaten on 40 (82 balls, 6 fours) and the Proteas in the box seat. 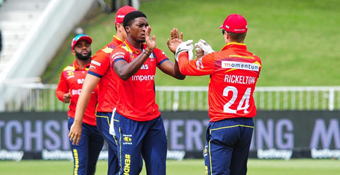 Maybe it’s just the tonic that we need - Donald