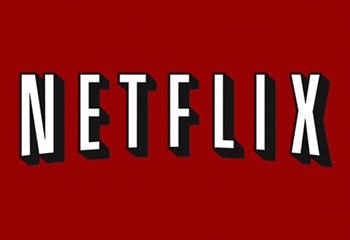 Whatever Netflix Inc.’s second-quarter results show, it’s clear that the Covid-19 crisis is fortifying the company’s lead in streaming-TV entertainment. Other services that have been trying to build audiences in recent weeks and months — Disney+, HBO Max, Peacock, Quibi — are merely competing for second place.

Netflix is set to report earnings after the market closes Thursday, with subscriber growth numbers sure to be the focal point once again. Analysts predict the service added 8.3 million paying customers globally, according to the average estimate compiled by Bloomberg. That may be a touch too high, even with so many consumers still social distancing and spending lots of time at home. While the service posted incredible growth in the first quarter, adding 15.8 million users, CEO Reed Hastings warned that the pace won’t keep up as many of those customers would have joined down the road if it weren’t for the virus. That’s why Netflix sees just 7.5 million new subscribers this time around.

If analysts are indeed setting themselves up for disappointment, the stock could react negatively to Thursday’s numbers. After all, the share price has surged 60% this year for one of the best returns in the S&P 500 Index. But even if Netflix’s stock takes a deserved breather, it still remains the unquestioned streaming leader and a must-have subscription in a market of mostly mediocre offerings. Meanwhile, normally blue-chip-quality companies such as Walt Disney Co. are struggling to find balance as their key profit centers get walloped by the pandemic and the Hollywood shutdown holds back their own streaming ambitions.

Disney, which relies on its theme parks, resorts, cruises and retail stores for nearly half its annual operating income, just reopened Disney World in Orlando last weekend after shutting down in March. Hong Kong Disneyland is closing again to comply with government mandates following an increase in coronavirus cases — emblematic of the challenge in operating a business that revolves around crowds and travel. Before Covid-19, it was the stability of such businesses that made Disney’s venture into the not-yet-profitable world of streaming feasible. Now, Netflix’s market capitalisation eclipses that of Disney, as well as AT&T Inc., the parent of HBO, and Comcast Corp., the parent of NBC and Universal Studios.

While social distancing and stay-at-home orders have given Netflix’s competitors a chance to amass a following more quickly, subscribers are finding that once they binge-watch the top programs on these new apps — “The Mandalorian” in the case of Disney+ — there isn’t much else there. Part of the reason is that productions have been at a halt due to Covid. Netflix hasn’t been affected to the same degree because much of its planned new content for the year was already at or near completion, and so it will take longer for Netflix users to experience the programming drought. The service just added another new film last week that became an instant hit: “The Old Guard,” a sci-fi action flick starring Charlize Theron. (Hulu’s “Palm Springs” is also drawing much fanfare.) If Netflix’s library starts to look light later in the year, the company may need to pay up for more licensed content, but so far it’s had a steady stream.

Google’s YouTube TV recently stunned consumers by raising its monthly fee 30% to $65, signaling that Netflix has room to raise its own standard $13-a-month subscription price. But with Netflix’s stock on a tear and investors still entirely focused on growth and not cash profits, it has no reason to increase fees just yet.

Other media giants can’t sustain the Netflix way of doing things. They may be forced to turn to price hikes and to embrace ads, which could turn off customers. And that right there is the Netflix moat. As ominous as its stock price looks, you can’t say the strategy isn’t working.