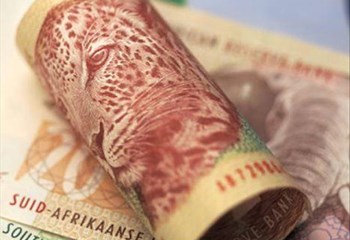 A fraudster has been given one month to pay back his victims a total of R4.4m or face ten years behind bars.

Daniel "Danie" Smit entered a plea and sentencing agreement and was convicted on four counts of fraud totalling R6 887 820.91 in the North West High Court in Mafikeng on Monday.

Smit, who lives in Botswana but has business dealings in the North West, was found guilty of defrauding local farmers as well as a relative, who is a doctor in Canada.

"The accused committed the crimes mainly by taking possession of cattle and maize without paying, receiving money to purchase cattle on behalf of complainants and failing to purchase the cattle and failing to return their money," regional spokesperson for the director of public prosecutions, Frank Lesenyego, said in a statement.

"When Judge Samkelo Gura sentenced the accused he took into consideration that Smit has not repaid the money and that a large amount of money is involved. He also stated that the accused was in a position of trust with all the complainants and that he was grossly dishonest.

"He further stated that the accused was motivated more by greed than by need and that the crimes [were] carefully planned and executed."

Smit was sentenced to 10 years' imprisonment, wholly suspended on condition that he repays the complainants – Jan Le Roux, Gerhard Meyer, Johan Schikerling and Basie Spies – a total of R4.4m on or before January 11.

He may also not be convicted of fraud, theft or any other crime involving an element of dishonesty over the next five years, Lesenyego said.

"The judge expressed his dissatisfaction that the accused defrauded farmers, who were already struggling with ongoing droughts," he added.