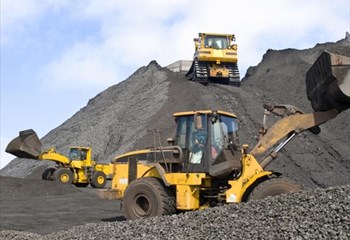 Calls for the nationalisation of mines in South Africa, among others by the EFF and Cosatu, is gaining momentum following Impala Platinum mine’s plans to shed almost 13 000 jobs in the North West.

The national spokesperson of the Congress of South African Trade Unions (Cosatu), Sizwe Pamla, Wednesday told OFM News that the planned retrenchment by Implats is a constant reminder of the recklessness of the mining sector, saying the mining sector is not in trouble but if it is, it is only due to the production crisis.

Pamla tells OFM News that the sector is besieged by greed, mismanagement and the short-sightedness and narrow focus on profit by the mines.

“We do have a position on the nationalisation of the mines but we do not want mines that are already depleted to be nationalised. We should nationalise mines that still have a long life span, especially in the platinum sector and in other sectors like coal and diamond,” says Pamla.

Yesterday, the Association of Mineworkers and Construction Union’s (AMCU) president, Joseph Mathunjwa, called for the government to nationalise mines.

During a press briefing yesterday (Tuesday) Mathunjwa told journalists that the platinum sector has already lost 7 800 jobs to date. The union has called on the government to intervene to save jobs in the mining sector.

Mathunjwa says he will bring the sector to its knees if they go on strike. Impala is the world’s second-biggest miner and employs more than 40 000 workers. It retrenched over 2 000 employees last year. Amcu says it represents over 70% of the workforce in the platinum industry.

Meanwhile, the Economics Freedom Fighters (EFF) has weighed in on the matter, saying they have long called for the nationalisation of mines mainly because the private ownership of the mines is a real problem.

The national spokesperson of the EFF, Mbuyiseni Ndlozi, tells OFM News this is to ensure that the mines are not run in the interest of profit.

Ndlozi says the mines should rather focus on the interests of the workers, the livelihood of people around the mines, and the technological development to help the country prosper.

He further says one of the solutions to massive retrenchment is that they are run by the state.

He added that if the state runs the mines, they will not be pursuing the high profit but rather the growth of people.

Asked as to whether he thinks the government would consider the nationalisation of mines, Ndlozi replied by saying it depends which government but as the EFF they will.

"We are indicating that whatever government if you want a lasting solution to running mines in a way that is never going to retrench people that solution is nationalisation,” says Ndlozi.