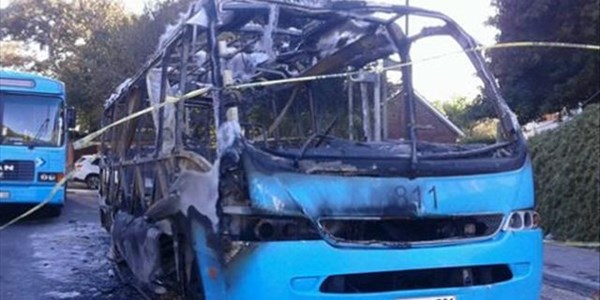 Cape Town - The Vice-Chancellor of the University of Cape Town (UCT) on Wednesday confirmed that his office had been petrol-bombed during student protests.


“I do not take offence no, it is the office of the head of the university,” Price said addressing media.

Price addressed media on Wednesday afternoon from a conference room within the administration building, Bremner. Bremner, which is referred to as Azania House by protesting students, was also the site of the petrol bombing.

The act took place during protest action by members of the Rhodes Must Fall (RMF) movement which included the setting alight of university property such as art, bins, and two vehicles.

The protest action – sparked by UCT’s order that the movement move an erected shack from its then location to a less disruptive one – culminated in police firing stun grenades and eight protesters being arrested on Tuesday evening.

Six of the arrested eight have also been provisionally suspended from the university.

Price said although it was his office that was petrol-bombed, he did not feel that it was a personal attack.

Price also stated that up until Tuesday night, UCT did not regard RMF’s actions as violent and criminal. Thus, they did not see the need for police and private security until that point.