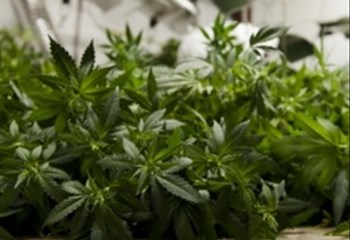 The SA Police Service in Limpopo has distanced itself from a document instructing police that 3kg dagga is a legal amount to carry on one's person.

News24 reports, the document, which has been widely circulated on social media, states: "All commanders are requested to inform members under their command to stop arresting suspects for possession of dagga with immediate effect.

"Only in cases of dealing with dagga or possession of dagga exceeding 3kg in weight, should a suspect be arrested."

On Saturday, Limpopo police spokesperson Brigadier Motlafela Mojapelo told News 24: "We can’t confirm its authenticity, we regard it as a fake document."

The fake notice started circulating following the Constitutional Court's decision on Tuesday to decriminalise the personal use of dagga in a private space.

Deputy Chief Justice Ray Zondo ruled that "the criminal prohibition of possession, use or cultivation of cannabis by an adult person for personal consumption in private is an infringement of the right to privacy of an adult person and constitutionally invalid".

Before the ruling, being in possession of more that 115g of dagga was considered dealing, and not possession.

Mojapelo said police would not be investigating the circumstances around the fake notice.

Unrest in Vaal over electricity