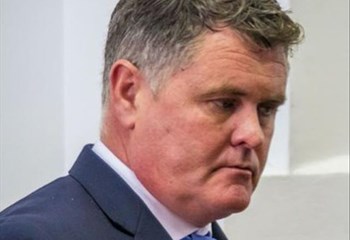 Jason Rohde will spend Christmas in Pollsmoor Prison after his fresh bid for bail was turned down in the Western Cape High Court.

Rohde's daughter Kathryn was supposed to have testified in her father's sentencing proceedings on Thursday, but only made it as far as the witness box before changing her mind.

This was during a fresh bid by Rohde to apply for bail while he waits for the outcome of his sentencing proceedings.

"I am not persuaded that it is in the interests of justice that bail be [granted]," she said.

This was after Rohde's defence advocate Graham van der Spuy launched the bail bid in an attempt to get his client home for the time being, even with a monitoring bracelet if necessary.

On Wednesday, a social worker testifying testifying in aggravation of sentence told the court that Rohde's three daughters were struggling to come to terms with their mother's death and did not want to lose him too once he is sentenced for her murder.

He compiled the report after interviewing Susan's family, the couple's daughters, the family psychologist and a school principal.

Kathryn, 20, is a second-year university student and the twins Alex and Josie, 18, recently finished their matric exams.

Perry told the court that the said they were torn between mourning for their mother and having concern for their father.

"They still require closure and surety in this matter to be able to deal with the mother's death," he said.

He added: "The child (Kathryn) and her siblings have reportedly been fearful of saying things that the court could use against their father."

They indicated to him that they did not want to lose their remaining parent and said jailing him would affect them significantly.

After the judge's ruling on the bail application, the snap of handcuffs could be heard and Rohde was taken back down the stairs to to the court's holding cells.

He will remain in Pollsmoor Prison until his sentencing proceedings resume on February 18, 2019.

Last month, Rohde was found guilty of the murder of his wife Susan at the Spier wine estate, and of obstruction of justice.

Van der Spuy had submitted that Rohde's children needed him now more than ever, and said that - with his assets "decimated", except for a property in Plettenberg Bay - there was no way that the court would return in February and hear that Rohde had fled to South America.

Salie-Hlophe said that she had heard that his children were being well cared for, and denied him bail.