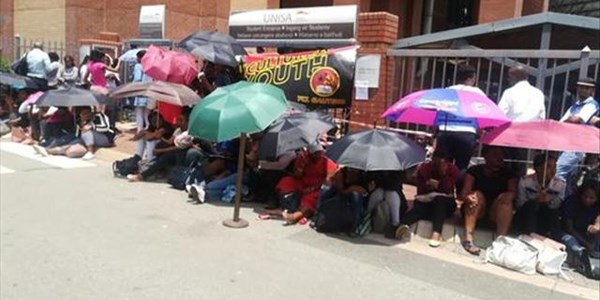 The University of South Africa (Unisa) has responded to the demands made by the South African Students Congress (Sasco) after the student body threatened to embark on a strike at the institution's Sunnyside campus in Pretoria on Monday.

University spokesperson, Martin Ramotshela, said the students submitted a list of demands, including the issue of being provided with textbooks and laptops.

Ramotshela said some issues raised by the students had been resolved and it was agreed that laptops will be delivered before the academic year begins.

However, he said along the way some of the students' demands had escalated and they wanted more.

"The agreement was that they wanted laptops to be provided, that has been done. Now they want laptops and textbooks to be provided, now that's a National Student Financial Aid Scheme (NSFAS) matter, it is not our matter."

On the matter of discontinued qualifications, Ramotshela said it was an unfortunate incident.

"We can confirm something very unfortunate has happened to us, we made a mistake of loading some programmes on the system that had not yet received accreditation from the South African Qualification Authority (SAQA) but the university has since intervened in that matter," he said.

Ramotshela said some of the qualifications have been accredited and offers have been made to the affected students.

On the qualifications which haven't been resolved, Ramotshela said the university is in engagements with SAQA and that the issue might be resolved this or next semester.

Nhlenyama blamed the university's administration process and said there are students who have been doing bridging courses, but now the university is refusing to accommodate them, citing lake of space.

Ramotshela said the university plans to have discussions with the students.

"I can confirm that there's been communication and the student leadership, we are currently in the process of securing the time where will engage with them today."