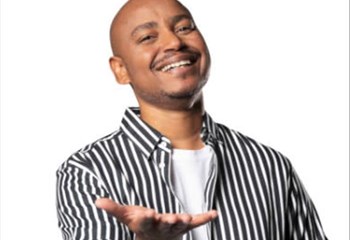 OFM, the sound of your life in Central South Africa, will be welcoming OFM alumnus, Tim Thabethe, back to the station soon in August.

Thabethe, who had a huge following in Central South Africa, left the station in April 2013 after nine years on central South Africa’s airwaves.  He moved his family to Cape Town to join Primedia where he currently works as Creative Content Manager and on-air presenter on KFM.

He cut his radio teeth in KwaZulu-Natal, where he is from, and hosted shows on both East Coast Radio and P4 Radio (currently known as Gagasi FM).

He will join OFM as the new Programme Manager on the 1st of August 2019.

Says Nick Efstathiou, CEO of Central Media Group:  “We are thrilled to welcome Tim back to the OFM family.  The station has evolved tremendously since he left us, and we look forward to discovering how he can take us even further.  Tim was immensely popular as a radio presenter on OFM and we hope that he will enjoy his new role as the creative brain behind the scenes even more!”