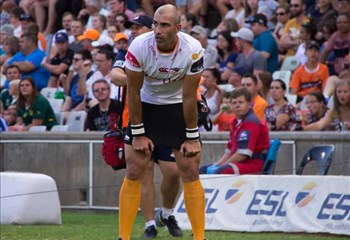 Ruan Pienaar - Morgan Piek
As the Toyota Cheetahs are waiting in anticipation for the team training to resume, the senior players are ready to take up a mentorship role in the team.

The Cheetahs have changed their junior system at the franchise with the goal of having players being ready to play Currie Cup and Guinness PRO14 rugby from as young as 20-years-old.

Recently the Cheetahs contracted several top young players and it is believed that another four from outside the Free State are also on their way.

The Cheetahs captain, Ruan Pienaar, told OFM Sport that it's time to start handing over the baton to the next generation.

“The only bad thing about having them in the squad is that you feel really old.

“I think that most of them were born when I was in grade 11, so that makes it quite tough and it just shows you how quickly time goes.

“The only advice that you can give them at this stage is that you are given an opportunity to express yourself and live your dream, and you’ve got to take the chances that are given to you.

“I am sure that they will do that.”

Meanwhile, the two-time World Cup-winning Springbok, Frans Steyn, is back in South Africa from France where he has been playing for the past five seasons. Steyn battled to get an earlier flight to South Africa, and he will have to self-isolate for most possibility two weeks before he can report for duty at the Cheetahs.

His two-year contract at the central franchise officially started on Wednesday.

It is believed that franchises in South Africa can start with their team training as of Monday.

We will not just sit back - Verster