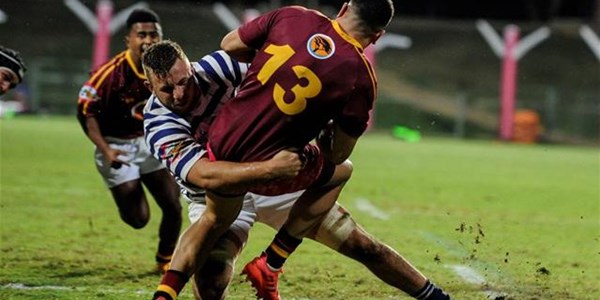 UCT Ikeys claimed their first win against their arch-rivals in six matches and ended Maties’ 25-match winning streak in the Varsity Cup.

In a game plagued by more yellow cards than tries, flyhalf James Tedder got the Ikeys off to an emphatic start when his cross-kick was chased down by scrumhalf-turned-wing Liam Kloosman, who scored in the corner. Tedder missed the conversion but added a penalty to make it 8-0.

Ikeys' elation was short-lived, though, as lock Matthew Grobler and prop Robert Hunt were yellow-carded in quick succession. Maties took full advantage when captain David Brits scored a converted try, but Tedder slotted a penalty while his side was down to 13 men to make it 11-7.

After the Ikeys winger Rethabile Louw and the  Maties flank Matthys Kitshoff had received the fourth and fifth yellow cards of the night, No 8 Christian Stehlik scored from a powerful Ikeys scrum. Tedder nailed the conversion and a mammoth penalty to make it 26-13.

The  Ikeys’ fourth yellow card, for replacement hooker Josh van Vuuren, was followed by a converted try for the Maties flank Mitchell Carstens.

The Maties pushed hard for a match-winning try in stoppage time, but the Ikeys were able to hang on for a well-deserved win. 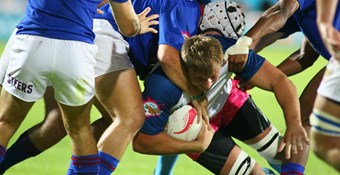 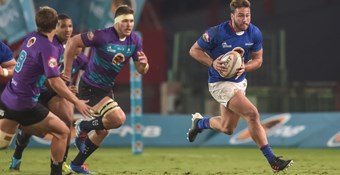