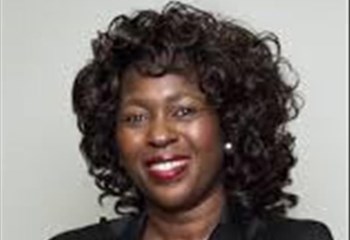 "It has come to my attention that members of the ANC are trying to spread the rumour that I have rejoined the ANC. This is a lie," she said in a short emailed statement.

Khoza left the governing party after a very public squabble about the ANC's lack of action over corruption and her dislike of former president Jacob Zuma. She started her own political party - African Democratic Change - and then left to work with civil rights organisation OUTA. She resigned from OUTA this year to return to ADeC.

"Since founding African Democratic Change, I have remained a committed member in the party, even though I left my former leadership position last year to pursue work in civil society. This appears to be part of a broader strategy to discredit a party which has the ability to truly challenge the ANC electorally around the country and provide a real alternative to millions of South African voters.

"I am currently working tirelessly in communities throughout South Africa to campaign for the 2019 election, ensure that we put activists, not politicians, into parliament, and bring people centred transformation to South Africa. On the 8th of May, Vote ADeC," said Khoza.

ANC speaks out against Dlamini-Zuma criticism