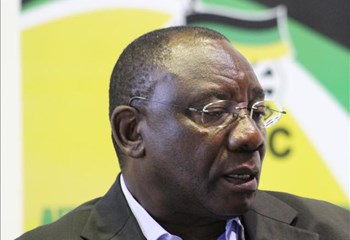 The National Orders are the highest honour the president can bestow on its citizens and eminent foreign nationals.

Although they are conferred by the President, the recipients are nominated by members of the public.

The orders celebrate individuals who have excelled; whose actions and works represent the triumph of the human spirit.

Veteran journalist and activist Mathata Tsedu was honored for his contribution to journalism speaks about why he took up his pen as a weapon to fight for SA’s liberation.

"This is the only country we have and this South Africa has to work and for it to work it means each one of us has to do the best we can in whatever field," Tsedu said.

Ramaphosa said it was fitting to hold the ceremony to thank those who had faithfully discharged their duty to their communities, to their fellow citizens and to their country .

"You have shown that as South Africans we can render service to the Republic in many different ways. I wish to congratulate you, as well as the families of those who are being recognised posthumously,

"You have done your duty.You have made your country proud," said Ramaphosa.

Molewa to be buried on 6 October

Molewa's family thanks South Africans for their support