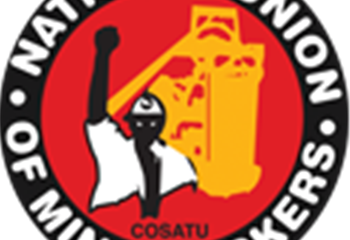 No arrest has been made following the murder of a member of the National Union of Mineworkers (NUM) in Marikana near Rustenburg, North West police said on Monday.

"No arrest [have been] made as yet and the motive is unknown," said spokesperson Captain Sam Tselanyane.

Kaizer Lungisa Madiba was shot dead near Rowland shaft while he was on his way to work on Friday morning.

His bullet-riddled body was found around 6am, and several cartridges were found near the body. His killers remain unknown at this stage.

His murder sparked fears in the calm but volatile Marikana, two weeks before the NUM's national rally in Marikana.

The rally was aimed at resuscitating the NUM in the platinum belt, after it lost members and its status a the majority union to the Association of Mineworkers and Construction Worker (Amcu) on the back of the violent wildcat strike at Lonmin, (now Sibanye) Marikana operations in August 2012.

There has been a fierce rivalry between the two unions, and both the union's members had been murdered in the Marikana area over the years.

The last NUM member to be killed before Madiba was Mninawe Bazooka Deleki, NUM branch chairperson at Lonmin's Eastern Platinum Mine. He was brutally shot and killed at his house in Bapong in January 2018.

While the last Amcu member to be killed in Marikana was Dlunga Tholakele better known as Bhele. He was shot dead at his shack in Nkaneng on October 17, 2017.

Trade union federation, Congress of SA Trade Unions (Cosatu) said it called on the police to arrest the perpetrators.

"We are convinced that this killing is connected to our planned rally with the NUM in Marikana...The culture of assassinations and intimidation has left many workers and families living under siege in the platinum belt. This is something that cannot be tolerated by properly adjusted and freethinking people," said Cosatu national spokesperson Sizwe Pamla.

"It is scandalous that after seven years since 44 workers were killed, we are still forced to deal with the spectre of violence that continues to haunt the mining sector and the platinum belt, in particular."

In October 2012, there was a clash between Cosatu members and the Workers Committee at the Olympia Park Stadium in Rustenburg, during a rally.

The Workers Committee from Anglo American Platinum mines (Now Sibanye Rustenburg) occupied the stadium before the arrival of Cosatu.

When Cosatu arrived, the Workers Committee blocked the entrance to the stadium, a confrontation ensued, and the police fired stun grenades and rubber bullets to defuse the situation.

NUM takes legal against NW mine

#OFMKidsCorner - A platform your kids can access to read stories aloud
Posted on: 01 Jun 2020
READ MORE

The Good Morning Breakfast on OFM: We have a chat with Bernice West...
Posted on: 01 Jun 2020
READ MORE