DTI will take past criticism into account while preparing level 3 regulations
12:06 Sat, 23 May 2020 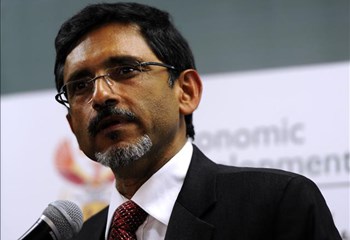 Minister of Trade and Industry, Ebrahim Patel
The department of trade and industry (DTI) conceded that it may have erred too much on the side of caution in its drafting of lockdown regulations.

The department appeared before Parliament's committee on trade and industry to explain how it responded to COVID-19.

The DTI has faced criticism in the past on some of its regulations; such as the ban on cooked foods and e-commerce – which have since been allowed; and the restrictions of some clothing items.

The director-general in the department Lionel October said government understands why people have been critical of some of its regulations.

He said their intentions were good.

The DTI said it learned from the past experiences and is now working on easing more regulations as most parts of the country move to level 3 lockdown.