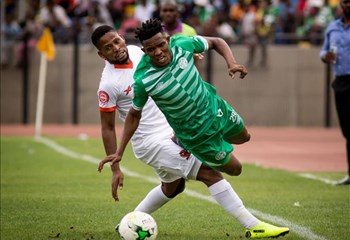 Bloemfontein Celtic vs. Polokwane City - Morgan Piek
There are just days to go before football in South Africa makes its long-awaited return with the 2020 Nedbank Cup semi-finals being contested over the weekend. Both of the last-four ties will be played at the Orlando Stadium in Soweto.

In the first match, the team from Limpopo, Baroka FC, will be up against Bloemfontein Celtic.

One concern heading into the game his the intensity that is excepted from cup football.

Upping the intensity in matches could lead to injuries as the players are not match fit, and haven’t had any friendly matches.

The break that the teams were forced to take has been longer than that of what one would expect between seasons.

Celtic coach, John Maduka, told OFM Sport that as a club they are expecting a lot of injuries over the next month, but the new five-sub rule will help as they haven’t played in four months.

“We've got to very clever because it's tricky one, but as I've said in the past, at the end of the day we are all in the situation boat.

“We just have to go out there and compete.

“It gives us the advantage of being able to use five substitutions in the match.

“At least if the players are tired we will have the opportunity to introduce the other players that are fresher than the ones that started the game.”

This match between Bakgakga and Phunya Sele Sele will kick-off at 14:00 on Saturday afternoon.