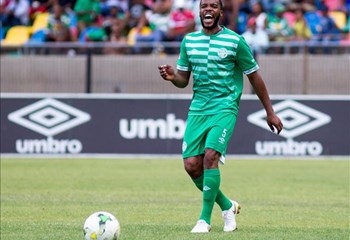 Wandisile Letlabika - Morgan Piek
Bloemfontein Celtic will be opting for continuity with their tactics when they face Baroka FC on Saturday afternoon in the first Nedbank Cup semi-final.

Since Celtic qualified for the semi-finals, the club did see the departure of Lehlohonolo Seema, who has taken over at Chippa United.

Maduka, who was a co-coach to Seema says that they won’t be changing much to their game.

“We won’t change the way we do things, because we were the co-coaches.

“Whatever you saw in those previous games, there will be more of the same. If there is, there won’t be much change in the way we do things.

“It has been working for us, so why do you want to fix something that is not broken.

“There will be slight changes, but that will be determined by the opponent that you are playing against, but more of the things will be the same because they were working for us.”

Saturday’s semi-final at the Orlando Stadium kicks off at 14:00. In the second semi, Mamelodi Sundowns will entertain Wits.

Wolves expect a tough opener against the Blades