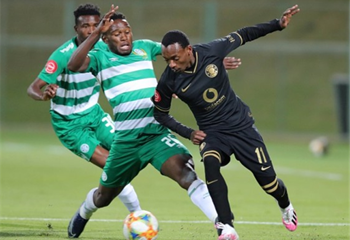 Sera Motebang led the charge for Phunya Sele Sele with a brace to ensure that they beat the Glamour Boys for just the second time in 25 games.

The Bafana Bafana defender, Eric Mathoho, opened the scoring for the Amakhosi with a 35th-minute header.

On the stroke of half time, Motebang netted his first goal and completed his brace three minutes into the second stanza.

In the 75th minute, Victor Letsoalo, drove the nail in the Chiefs coffin to cap off what will be a memorable night for all the players.

The new coach, John Maduka, has also won the hearts and minds of the Siwelele faithful in that was just his third game in charge.

In his first game in charge, he led the team into the Nedbank Cup final with a 3-0 win over Baroka FC. In the first league game and his second as the coach, the yplayed to a 1-1 draw to SuperSport United at the Bidvest Stadium.

Wednesday’s result will however go down as the biggest in the team’s recent history and it is one that will enjoy, and rightly so.

Maduka said that they had clear plan to take the game to the Amakhosi.

“The plan was if we defend well because we know offensively, we're very good, we're very sharp, and that’s why you see we have won the game. We're very happy.

“The plan was that we take the game to them, we try and put pressure in their own half, so that they don't come out and play the balls that they want, and so it worked well for us.

“We take it one game at a time and we'll be happy to finish in the top eight."

The victory spells good news for the defending PSL champions, Mamelodi Sundowns, who will face Celtic in the Nedbank Cup final. It has thrown the league wide opened, and the Brazilians who are in second, will fancy their chances of successfully defending their title.

Celtic in their turn have two very important games coming up against the relegation-threatened AmaZulu and Polokwane City. Positive results will move Celtic well clear of the relegation zone, and back into the top eight.

In Wednesday’s other game, SuperSport United, beat Polokwane City 2-0 at the Bidvest Stadium.