The players need to take a big responsibility - Maguire

The three-time champions, Manchester United, will be the centre of attention this evening in matchday five of the UEFA Champions League.

The Red Devils face Villarreal this evening in what will be the first game of the post-Ole Gunnar Solskjaer era.

Michael Carrick takes charge of the team for the game as they are yet to appoint a new full-time manager.

Meanwhile, the club captain, Harry Maguire, said the players are as much to blame as Solskjaer.

“It has been a very hard time as players. The amount of respect we had for the boss. We've been on a journey together.

“The players need to take a big responsibility. Ultimately the manager has paid the price, we're all so disappointed by that. We know we haven't been good enough. We've spoken about that. The lads want to succeed.

“It hasn't been good enough, not delivering individually or collectively. It snowballed from one thing to another.

“We have to find something within ourselves to find that focus and mentality.

“The manager came in and spoke to us on Sunday, it was an emotional day. He was a legend, he'll remain one.”

This evening’s game at Estadio de la Ceramica kicks off at 19:45. At 22:00, Chelsea host Juventus at Stamford Bridge. 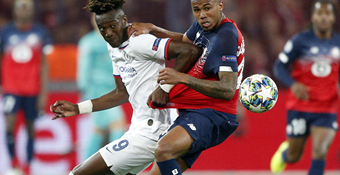