Panel recommends to do away with captive lion industry in SA The captive lion industry poses risks to the sustainability of wild lions.

The Minister of Forestry, Fishery and Environmental Affairs, Barbara Creecy, stated during a media briefing that these findings were made by a High-Level Panel that was appointed to review policies and regulatory measures, amongst others, that are related to hunting, trade, captive keeping, management and handling of elephants, lions, leopards, and rhinos.

Creecy established the panel, which consisted of 25 members, in early October 2019, in terms of Section 3A of the National Environmental Management Act 107 of 1998 (NEMA), received their report in December 2020. The 600-page report was subsequently presented in Cabinet and approved for release and implementation.

The minister explained that the panel made clear recommendations for rhinos in captivity. Creecy stated that recommendations were made as to how creating a partnership with private rhino owners might lead to strong conservation outcomes for the species. This, while enhancing potential benefit streams.

“We have accepted that the country adopts the recommended positions on ivory and rhino horn trade, such that we will not be making proposals to the [Convention on International Trade in Endangered Species of Wild Fauna and Flora (CITES)] for further trade in these derivatives until certain conditions have been met.

“On the rhino, these are based on the Commission of Enquiry’s report Option 3 as approved by Cabinet and the Rhino Action Plan and the development of a global consensus for legal international trade in rhino in the interest of rhino conservation.

“As South Africa protects the largest component of the global rhino population, we intend to play a global leadership role in this.

“For elephants, although we hold a relatively small portion of the population, South Africa wants to play a key role to bring African consensus on ivory trade in the interest of ivory trade on elephant,” she added

The minister explained that her department will be initiating a participatory process, with those play an important role with regards to rhino’s to find beneficial solutions to safeguard rhino conservation and broaden and deepen the bio-economy associated with rhino.

“The panel recommends that South Africa does not captive-breed lions, keep lions in captivity, or use captive lions or their derivatives commercially. I have requested the department to action this accordingly and ensure that the necessary consultation for implementation is conducted,” she stated.

She stressed that the recommendations made by the panel are not against the local hunting industry. Creecy added preventing the hunting of captive lions, will be in the interest of the wild hunting industry. The minister also stated that this will boost South Africa’s hunting economy and the country’s international reputation, as well as the jobs that the industry creates.

“Now that these recommendations are approved for implementation, they will result in a step-change, with the consequent benefits to our standing and reputation. The key to this is transforming the sector, reinvigorating the biodiversity economy through a focus on Big Five-based ecotourism and authentic hunting of wild specimens.

“We will be partnering with the Department of Tourism to achieve this. In addition, mechanisms to improve benefit flows to restituted communities, as well as novel approaches to land-use planning, can enhance rural socio-economic development based on the wildlife economy,” said Creecy.

The panel’s report, says the minister, gives her department insight as to how they can help the Department of Agriculture, Land Reform, and Rural Development safeguard the wellbeing and welfare of wildlife, which will, in turn, enhance the country’s reputation and stimulate tourism. 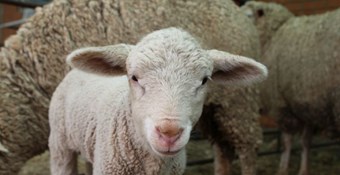 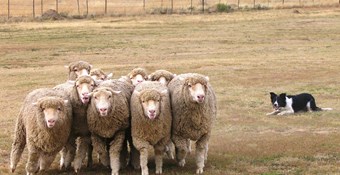