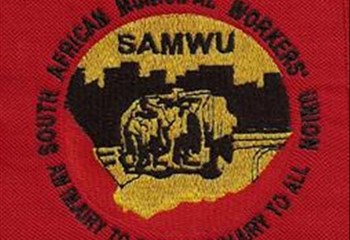 Spokesperson Papikie Mohale said the CEC meeting was held from April 3 to 4, and was properly constituted, with representatives from all the nine provinces.

"The CEC was of the view that the union is not on a path which is in the interest of municipal workers, particularly the failure by the union to convene constitutional meetings for two years, coupled with the failure by the former NOBs [National office Bearers] to take them into confidence on decisions which have been taken on behalf of the union."

He said delegates tabled and passed a motion of no confidence in the union’s national office bearers.

The central executive committee, which is the highest decision-making body between conferences, elected  a new national leadership.

They are expected to lead the union to the national congress in 2020.

They were further tasked with bringing stability and normality to the union.

The new leadership would convening a meeting with  Congress of SA Trade Unions (Cosatu) to introduce the elected leaders and brief them on the outcomes of CEC meeting.

"We will also be using this meeting as a opportunity to confirm our affiliation to Cosatu and our commitment to ensure that the union continues to be in good standing within the federation."

The new leadership was also tasked with ensuring that they immediately deal with the union’s finances, ensuring that provincial allocations are paid on time to enable provinces to service members.

Samwu: No protective gear, no work