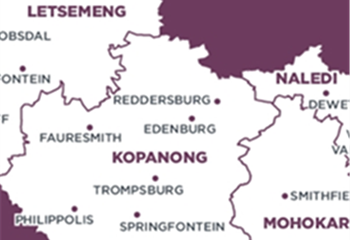 Questions surrounding the current position of the Municipal Manager of the Kopanong Local Municipality in the Free State are mounting.

The man in question, Martin Kubeka, was placed on 30-days special leave in mid-March, pending a probe into maladministration allegations levelled against him by disgruntled employees. The acting Municipal Manager, Nkululeko Kelepu, tells OFM News he is still acting in the position but did not go into details regarding whether or not Kubeka has officially been dismissed. The Head of the Provincial Department of Cooperative Governance and Traditional Affairs (Cogta), Mokete Duma, who confirmed Kubeka’s special leave is yet to comment on what the current situation is but has indicated that he will do so soon.

Kopanong workers downed tools on February 26, citing non-payment of salaries and third party contributions as the reason. When interviewed on February 27, Kubeka refuted allegations that February salaries had not been paid, arguing that he had in fact authorised salary payments and was certain that all the employees will receive their money in no time. What Kubeka did not address in his response to OFM News enquiries, was that the allegations weren’t limited to February salaries and contributions. A recent investigation into the municipality by the Pension Funds Adjudicator, found that Kopanong has failed to pay R58 million in pension fund contributions over the last six years.

In June 2018, OFM News reported the South African Municipal Workers’ Union (Samwu) led a march in Trompsburg, demanding the municipality pay over outstanding medical aid and pension fund contributions to the tune of millions. Samwu provincial secretary, Thabang Tseoua, alleged the third party contributions were deducted from employee salaries, but nothing was paid over to the pension funds, and as a result, Kopanong owed varied funds over R52 million. Over the course of 2018,

OFM News interviewed the retired employee, 65-year-old Klaas Ruiters, and current employees Monamodi Maphalane and Phutheho Mosunkutu on how the non-payments have impacted their lives. Following the march, the municipality and the union reached a payment agreement, in which the municipality would pay over medical aid contributions to the tune of R4,1 million as a matter of urgency. They further committed to taking 40% of the municipality’s equitable share of revenue raised nationally and pay it over towards pension and provident funds, focusing on paying over the contributions of retired employees and those near retirement first. Kopanong, however, reneged on this plan, sparking outrage. In November 2018, the municipality obtained a court order from the Free State High Court effectively blocking an auction of its vehicles at the eleventh hour. This, as the Municipal Workers Retirement Fund (MWRF) obtained an order from the High Court to have the municipality’s assets attached for auction to ensure that the municipality would settle contributions.