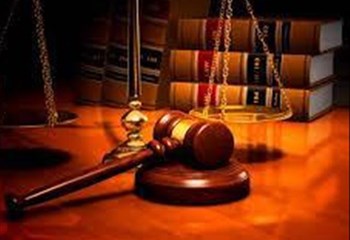 Following the rampant looting and destruction of property by irate Jouberton residents in Klerksdorp in the North West, 15 of the 18 people arrested remains in custody.

Police spokesperson, Adele Myburgh, says this after the Klerksdorp Magistrate's court on Wednesday released all three minors on bail and in the care of their guardians after appearing before the Child Justice Court.

They were allegedly part of a group that looted foreign-owned national shops and destroyed property in that area in protest of a lack of service delivery, amongst other issues. During this looting, a WhatsApp message from a group calling itself the “Forum for Service Delivery” urged residents to embark on a total shutdown of the area, but the genuine Forum 4 Service Delivery (F4SD), correctly spelt, denied any knowledge of the message.

On Tuesday local media also reported that the newly built Jouberton Community Health Care Centre (CHC) was under serious police guard after this group threatened to burn it. Myburgh says the case against the 15 has been postponed to 30 April for a bail hearing while the minors’ case has been postponed to Friday 26 April 2019.

The ages of the three minors also charged in the case ranged from 16 to 17. The attacks on foreign-owned national shops in Jouberton at Klerksdorp in the North West has drawn much criticism from social media users in that area.

The looting and destruction of property have since received much condemnation from the residents through social media such as Facebook with locals venting their frustration with the looting incident that took place on Monday afternoon in extension 10. Residents labelled the incident as senseless and unnecessary. On Tuesday reports also said that foreign nationals have been taken to a place of safety.

Water tanks for schools a cause for concern