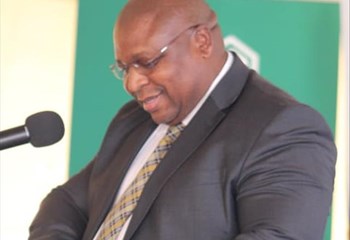 Questions as to whether the financial woes of the Maluti-A-Phofung Municipality in the Free State will be resolved anytime soon are mounting.

This, after the DA in the province has written to the Minister of Cooperative Governance and Traditional Affairs, Nkosazana Dlamini-Zuma, requesting her to dissolve the municipality’s Council. The municipality, outlined in the Auditor-General’s report as amongst those with high irregular, wasteful expenditure, high vacancies, and battling to generate revenue or provide services to its residents, was in the spotlight recently when the Auditor-General, Kimi Makwetu, announced that none of the Free State municipalities got a clean audit and is amongst the worst-performing provinces. The party’s MPL, Leona Kleynhans, says Maluti-A-Phofung’s on-going battle to pay salaries and make contributions to third parties is amongst one of the reasons why they have requested Dlamini-Zuma’s intervention.

She, in a statement, adds that the National Department of Treasury has informed the municipality that it is going to withhold the equitable share and conditional grant payments to the municipality due to its failure to comply with legislative procedures.

The newly appointed Cooperative Governance and Traditional Affairs MEC, Thembeni Nxangisa, has nonetheless during the tabling of his 2019/20 budget, announced that the state of municipalities in the province is amongst his top list of priorities.

Nxangisa said although they will not be offering financial support to municipalities with their allocated R456 million budget for this fiscal year, they will certainly support them with skills, financial management skills, and infrastructure development.

He warned that there will be no room for any form of corruption and that they will deal with those who deviate from this plan.

Meanwhile, social media users have taken to Twitter and Facebook to raise their service delivery issues and concerns over this municipality, with many attributing many of its administration and financial troubles to former mayor Vusi Tshabalala who is now the ANC’s Free State Legislature’s Chief Whip, as well as the former premier and the now ANC Secretary-General, Ace Magashule.

Van Niekerk to run the 400m at FS Champs

Double blow for Cheetahs ahead of Dragons game